Chic French flair with a dash of Caribbean spice

Flawless beaches, with white sand to the South and black sand on the Northern shores

Paris in the Caribbean

Martinique, a region of France, offers the classic Caribbean package of flawless beaches, with white sand to the South and black sand on the Northern shores. An enticing West Indian friendliness, a special spice in its music, local food and cultural roots, combine with everything French to create a unique way of life.
The capital, Fort de France, celebrates every aspect of French culture with style and panache, and if it were not for the tropical climate it could almost be Paris – from the excellence of cuisine to the chic sophistication of fine resorts and hotels.
It’s food that sets Martinique apart from the other Caribbean islands. The French influence means well-stocked supermarkets, boulangeries and excellent Creole restaurants. Small cafés and charming bistros add a decidedly cosmopolitan flair to the place.

Located in the heart of the Caribbean archipelago Martinique is the ideal starting point for a one way sailing holiday across the short stretch of water to St Lucia and down through the Grenadines. With a ten day or two week sailing itinerary you have the option of heading north to undiscovered Dominica or through the Grenadines to Grenada.

However, with many delightful harbors and anchorages you can easily spend a week exploring the coast of Martinique, from Sainte-Anne, the southernmost village, to Saint-Pierre, famous for the 1902 volcanic eruption of Mount Pelée.

What you need to know

The Euro is the official currency and French the official language. Unofficially however, the US dollar is accepted in most establishments and Creole is spoken everywhere.

Many shops close from 12 noon to 2:30 for a leisurely lunch and dinner often is a gastronomic adventure lasting all evening.

Since local people dine out as a matter of course visitors to Martinique have one of the widest choices of restaurants in the Caribbean – more than 150. One of the highlights is the sublime poolside dining at Guy Uldry’s restaurant. Located at L’Anse Bleue, La Paillotte Bleue serves up classic French dishes with a dash of Caribbean influence. There’s a good wine list and service is excellent, making this one of the best restaurants on the island.

The island is very easy to drive around (with the exception of the area around Mount Pelée) and you can be surfing at one end in the morning and easily make it back to the capital Fort-de-France in time for the night life.

Air France have regular flights to Martinique from the UK via Paris, and there are also flights from North America via Puerto Rico.

One of Martinique’s oldest rum distilleries, Depaz Distillerie, offers self-guided tours which ends with a tasting at the rum boutique; which helpfully sells unique hard-to-find aged rums. Set on the slopes of Mont Pelee the views are spectacular.

The beautiful18th century mansion “Habitation Clement” includes a lovely botanical garden and an out- of- commission distillery. This was the site of a meeting between Presidents Bush and Mitterrand after the Gulf War, so you can have your picture taken on the same porch.

Jardin de Balata, a mature botanical garden in a rainforest setting is one of Martinique’s best attractions and will please anyone with even a passing interest in botany. The hour-long walk around the garden is clearly marked, and a series of tree walks will keep kids interested. There are some fantastic views from here down to the coast. Several hiking trails lead from the Route de la Trace into the lush rainforest of tall tree ferns, anthurium-covered hillsides and up to the volcanic peaks.

On the Atlantic side, a long coral reef borders the coast. Amongst the abundance of snorkel and dive sites the most famous is without a doubt the legendary ‘Rocher du Diamant’ (or Diamond Rock). The impressive caves, arches and trenches, make an exciting dive.

Before its destruction during the 1902 Mount Pelée volcanic eruption, Saint-Pierre was the most important city of Martinique, known as “the Paris of the Caribbean”. Today, the town has been rebuilt and is officially recognized as a city of Art and History. There are many historic remains and a Volcanological Museum.

St-Pierre’s most impressive ruins are those of the old 18th-century theater. While most of the theater was destroyed, enough remains to give a sense of the former grandeur of this building, which once seated 800 and hosted theater troupes from mainland France. On the northeast side of the theater you can enter the tiny, thick-walled jail cell that housed Cyparis, one of the town’s only survivors.

Anses d’Arlet is without a doubt the most charming fishing village in southern Martinique; it retains an undiscovered feel, as there’s just one small guesthouse here and (for the moment) very little else. There’s a handsome coastal road crowned by an 18th-century Roman Catholic church whose doors open almost directly onto the beach, and the entire scene is framed with steep, verdant hills.

Paris In The Caribbean

French flair with a dash of Caribbean spice

Planning Your Yacht Charter in Martinique

A crewed yacht charter is the ultimate indulgence – for some a once in life-time experience, for others a yearly ritual exploring new locations and exciting destinations only accessible by boat. Along with the captain we’ll assist in planning a comprehensive itinerary prior to your charter based on your interests and requests, as well as pointing out the “must sees” in the area.

Contact our charter specialists and we will guide you through the booking process including assisting with airport transfers and pre charter hotel recommendations.

Once we have discussed your preferences in detail we will present selections of online yacht brochures with photos, menus and crew details and will continue to do so until we find the perfect match for you in terms of size, style & budget.

If you have firm dates in mind we’ll confirm availability with the owner and place a courtesy hold on your dates whilst your charter agreement is prepared and signed. It’s a good idea to have a second choice in mind, especially for busy holiday periods when yachts book up quickly.

Twice a year we personally inspect the yachts and spend time with the crew to ensure that we are representing only the very best.

The average monthly temperatures in Martinique remain remarkably stable, varying by only about 5° year-round. This stability is attributed to the tradewinds which bring refreshing breezes from the northeast throughout the year.

December through May is the dry season, while June through November is considered the more humid season. Average air temperatures in coastal areas range from 22° to 30° C (72° to 86° F) which allow for yacht charters in Martinque all year long.

Planning a sailing vacation in the Caribbean ?

We’re the experts in luxury yacht charters throughout the Caribbean. From the British Virgin Islands (BVI) to the Grenadines, we have first hand knowledge of every yacht, every crew, and every anchorage. We’re fully accredited members of the Charter Yacht Brokers Association which means you can book your charter with confidence.

Hint – If you’re finding it hard to decide on a single destination why not enjoy a multi-island cruise ? Get in touch and we’ll help you plan your perfect itinerary… 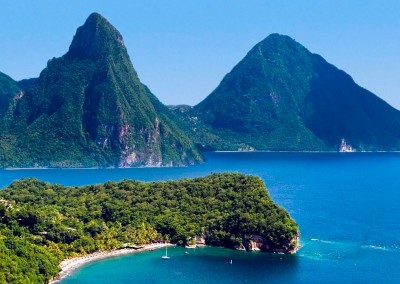 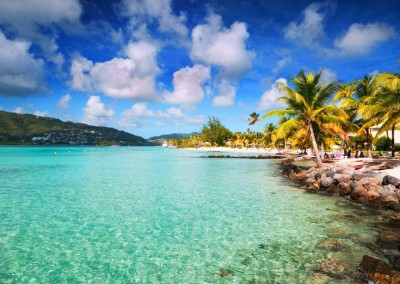 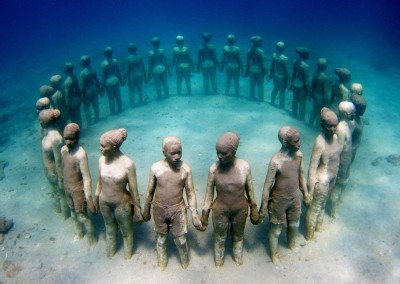 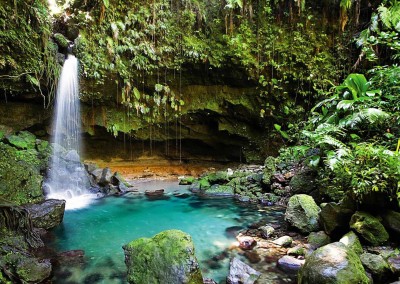 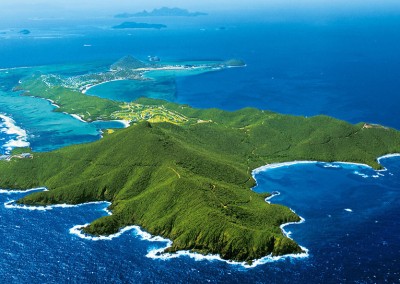 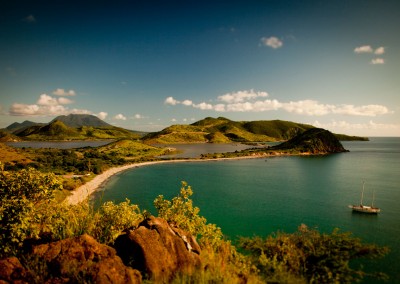 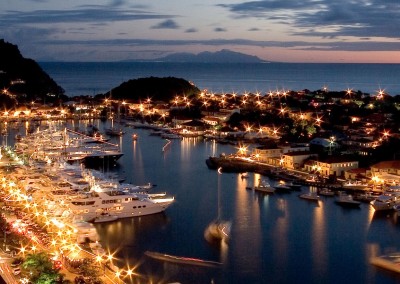 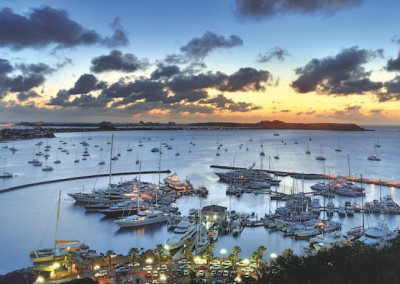 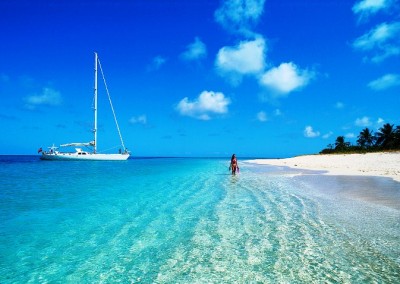 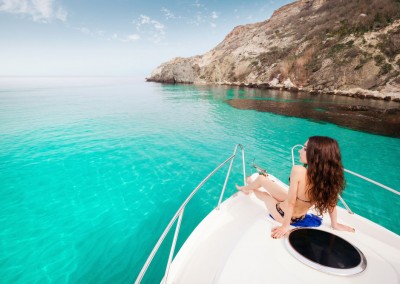 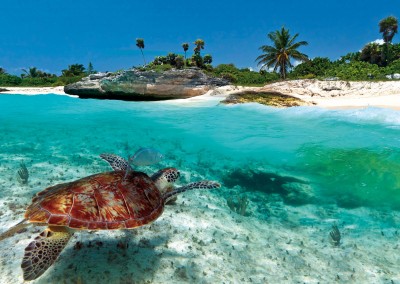 “I just wanted to thank you for the greatest trip of a life time!!

This trip out did our greatest expectations! The crew was amazing, tailoring to our every wish. The food was above 5 star and it was incredible to us how this could be accomplished with such a small kitchen. Each day was better than the next and we have never been more relaxed in our lives. If anyone ever needs a reference please do not hesitate to have them call us. I hope one day we can take this trip again.

Let Us Arrange the Yacht Charter Vacation of a Lifetime

Charter with confidence – Independent Yacht Charter is a member of the Charter Yacht Broker Association.

Every Yacht. Every Destination. Every Day.